John Key, I would like to ask you a very important question? Given that WW3 is almost about to break out between Russia (and China will back them up as they are allies) and the USA, why on earth are you kissing up America’s butt? Why do you continuously try to get in bed with both USA and China when things are about to get really HOT up in the northern hemisphere? Surely you know you are going to have to choose a side, and as far as I can tell you are backing the losing team.

You are a long time participant in the world of global money and you must be well aware (if someone like me is) that America are so far in debt, trillions in debt, (and a lot of that debt is owed to China who could sink their economy with ease by using the BRICS alternative currency and destroying the petrodollar).

American military has a long history of invading countries they have no business in being in, purely in an attempt to gain control of that country’s oil resources. They are broke, desperate and trying to draw Russia into a war (that Russia really does not want by the way. And Syria ASKED Russia to help in Syria. America had no such invitation to their country). By siding with the aggressors here (and don’t kid yourself into thinking that most of the planet is not aware of the fact it is the American government who are the aggressors) you are painting a HUGE target on our country.

We know that breaking our 30 year NO NUKE stance is purely to suck up to the Americans. We know the increase in military funding (while there are children living in cars without enough to eat here that you ignore) this increase in military funding is to aid your buddies (who have been exposed to have created and fund ISIS) in illegal invasions of foreign Middle Eastern lands (such as Iraq, Libya and several others). If you gave a damn about this country you would keep us neutral and out of it all, but we know where your real loyalty lies.

The Australians have made the mistake of bombing with the Americans. Terrorism has risen notably in their country as a result. Russia is trying to keep things from overheating but if they continue to be backed into a corner, they will retaliate. Russia’s military technology and weapons could end life on this planet as we know it! A wise man would not risk pissing them off!

I truly feel for the general population of America because they too are sitting ducks, at the whim of a government who is crazy out of control in their never ending search for global domination and in truth gives them no democracy and cares little for their safety either.

John Key, best you  have a serious think about the danger you and all your other Neoliberal cronies are exposing us all to. #PeacenotWar #NoNukes #Syria #WW111 #NoTPP #stopthekilling #leavetheoilintheground

I love my country, but am deeply ashamed of its Government, 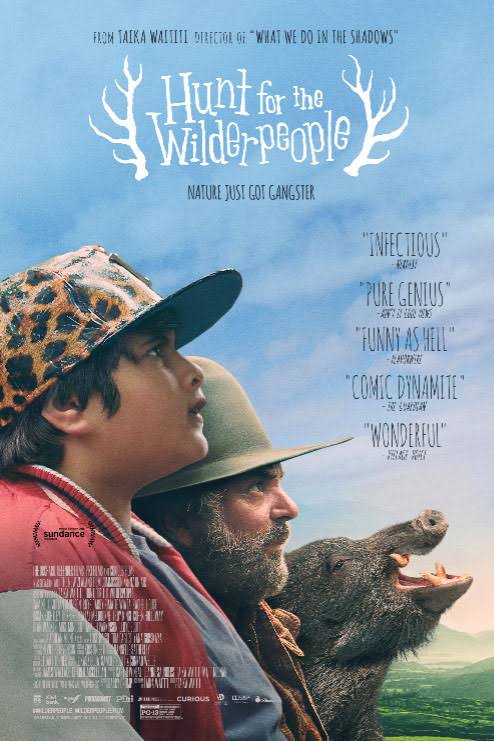 I had to give a review of this awesome movie recently released. Not just because I am from New Zealand (and a very proud Kiwi), but because I enjoyed it so much. I felt it my duty to spread the word so that others who may not have heard of it, can go see it if they get the chance.

The dynamics between Julian Dennison (the boy) and Uncle Hec (Sam Neill) are hilarious and heartwarming. There are many other familiar faces in the cast line-up who also helped to make this movie so enjoyable.

Based on book Wild Pork and Watercress by Barry Crump, the movie Hunt for the Wilderpeople was a little sad in places, but mostly pee-your-pants, laugh out loud funny and so very kiwi. It kept me glued to the screen the whole way through.

An added bonus is the beautiful backdrop of the ‘majestical’ (in the words of Uncle Hec) countryside that I am so lucky to call home. If you want a taste of real outback New Zealand, this film is a great place to start.